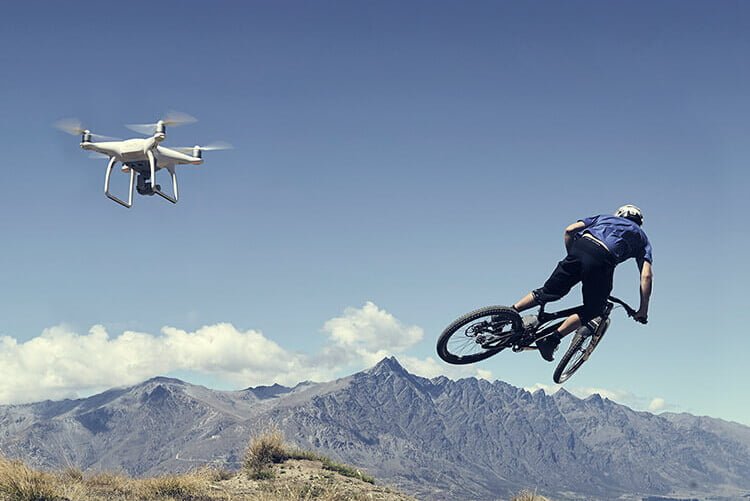 The fundamental design of the Phantom 3 and Solo drones are similar. Both models belong to the quadcopter family. For more extensive information on this subject matter, please refer to this recent post.
Though the Phantom 3 and the Solo are apart of the same family, the drones differ slightly in size. The Phantom 3 design is more compact than the 3DR Solo, at a height of 180mm, while the Solo drone is approximately 10mm taller. Though each drones flight time depends on how it is being used, the average flight time for the Phantom 3 is roughly five minutes more than the Solo.

One of the primary differences between the two drones is their weight. The Phantom 3 weighs 1.28kg (2.82lbs), while the 3DR Solo drone weighs 1.8kg (4lbs). It is important to address the weight of the drone, based on desired maneuverability and battery life. It is something that the DJI has put a lot of time and effort in. It is certainly the lighter drone. 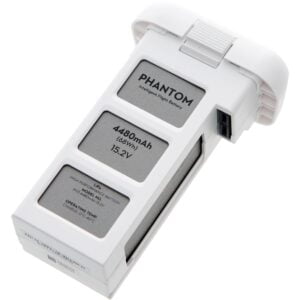 When considering the best battery performance, the Phantom 3 excels. It’s battery measures approximately 15.2V and has a capacity of 4480mAh. While the battery capacity is large, the drone still remains lightweight. The Solo drone is rated at 14.8V and has a capacity of 5200mAh. This results in the Phantom 3 having a a greater flight time than the solo. The phantom 3’s flight time is at 18-25 minutes, while the Solo ranges from 17-20 minutes, all depending on the use of the drone. 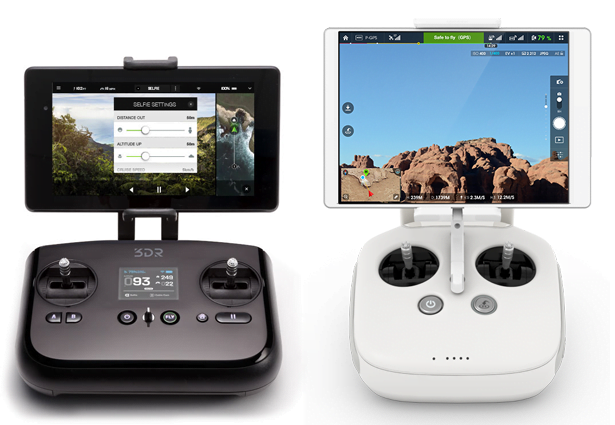 The controllers for the Phantom 3 and the Solo are comfortable and easy to use. Contrary to popular belief, drones are not ‘difficult’ or ‘complex’. Each individual needs to take the time to get comfortable and familiar with each controller and drone, once accustomed to how it works, navigation will come with ease.

If familiar with the PS4 or XBOX controllers or any flight stimulator game, then usage of the Phantom 3 and Solo controllers will come even more naturally. Both of the drones use dual analog thumb stick controllers.

The option to control the positioning of the gimbal while flying either drone, will allow the operator to capture the perfect shot.

One difference between the two drones are that with the Phantom 3 you use a wire to connect your smartphone to the controller, whereas with the Solo, you will have to connect your smartphone to the controllers Wi-Fi in order to get the video feed from your GoPro camera. On dronersguides.com, the wire solution is preferable, this is due to the simplicity and the time efficiency. Although for each customer it is a matter of personal taste.

The two models differ in display, with that consideration the Solo contains an LCD display.  The LCD display gives relevant information regarding your flight status, performance, and information about the angle of your gimbal etc. This feature can become highly valuable.  Another feature of the Solo that is worth mentioning is is the feedback system. The controller of the drone will alert you by a vibration. This type of feature is especially important for the overall experience of the drone.
Unfortunately the Phantom 3 does not contain any HDMI port on its controller, enabling any kind of live broadcasting.

The Phantom 3 and the 3DR Solo drones both have quick reaction times, meaning there is almost no input lag between the controller and the drone.

In Performance, one thing to consider would be the optical flow and ultrasound sensors incorporated in the Phantom 3. These two sensors give the drone more precision in terms of hovering and aviation. This allows the Phantom 3 to be slightly more steady in comparison to the 3DR Solo.

The the solo drone surpasses the phantom in speed. It has a maximum velocity of 89kph(55.3mph) and has an ascend speed of  10 meters per second, allowing it to elevate fairly quick. While the Phantom 3 can still reach a decent speed of 57.6kph(35.8mph), and and ascending speed of 5 meters per second. It is nothing in comparison to the 3DR Solo drone.

While considering communication range of the two drones, the Phantom 3 transcends the Solo drone. The Phantom 3 is able to go a distance of 2km from its controller and still respond efficiently. Unfortunately this is not the case for the 3DR Solo drone. The Solo is able to do less than half of the Phantom 3’s distance, at 800 meters. This results in problems with correspondence to the drone. As the distance of the Solo increases from its controller, the higher decrease quality of the HD feed. Furthermore, the Phantom 3 uses Lightbridge technology, allowing a 720P HDTV signal at 30fps, at 2000 meters away from the drone.

When the time comes to prepare for landing of either drones, it is important to know that each has a different procedure. The Phantom 3’s ‘feet’ have little space apart, this allows the operator to catch the drone mid air and turn off the motor manually. This is different from the 3DR Solo. The Solo always has to land on solid ground, and is typically hard to catch in mid air. This is due to the larger spread of the drone’s ‘feet’, also reducing the chance of tipping during takeoff or landing. 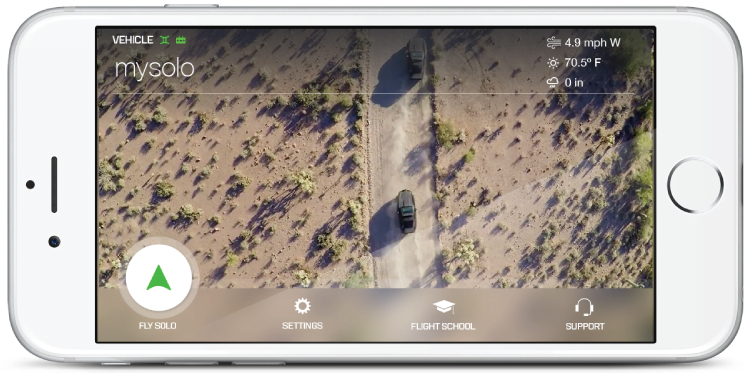 Both drones are able to operate on both Android, and iOS devices, through each’s respective app. The operator of the drone will therefore have access to numerous functions and settings in connection to the drone.

Both drones have the gimbal assembly and camera pointing directly forward, meaning all shots (videos and photos), will be taken from the front of the drone.

The Phantom 3 comes as an all-encompassing package. This includes a built-in camera, allowing the operator the choice to change any setting on the actual drone. For example the resolution of the shot, or the frame rate, etc. The Phantom 3’s system is more structured and simple in comparison to the 3DR Solo.

Although the 3DR Solo drone provides an HD feed to start and stop the GoPro recordings, you are unable to change the settings of the picture or video quality through the device. To change these setting, the operator has to use the GoPro app, which is slightly more time consuming.

Note: The comparisons are between the Phantom 3’s built-in camera (4K UHD Video Camera) and the GoPro Hero4 Black. Take into account the different time periods in which the pictures are taken.

Disclaimer: Clicking on a product name link will bring to you to the appropriate Amazon.com (.co.uk, .de, etc.) product listing, where you can check the price, customer reviews and more information about the product or similar products.

In conclusion these drones are exceptionally similar, but differ slightly in functions. Depending on the customers use of the drone, one might be more desirable than another.

Both drones, have had a great deal of time spent to make them as consumer ready as possible, although each company is still in the process of increasing the flight time of the drone.

While both drone controllers are easy to become accustomed to, the Phantom 3 is slightly more simple than the 3DR Solo controller, due to the display, connection and charging methods of the controller.

Feedback on the Phantom 3 or the 3DR Solo drones would be greatly appreciated in the comment section below.