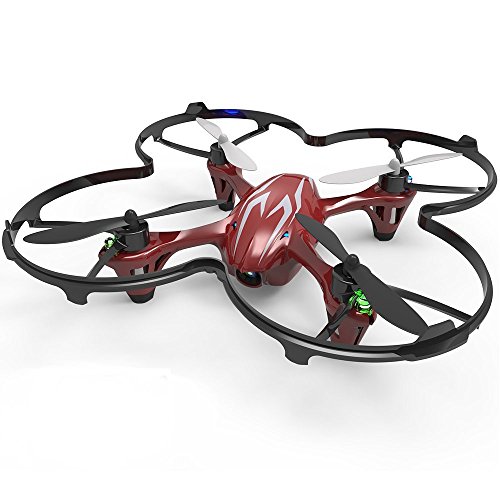 To beginning users who are unsure of the drone market and to those of you that are experienced but love to test boundaries and want a drone that can withstand any knocks, the Hubsan X4 H107C drone is just for you!

The copter is remarkably strong and can survive the most incredible crashes. Hubsan X4 Mini Quadcopter is a magical little Quadcopter.

It weighs less than 40 grams and four propellers with a built-in gyro for stability. It is so small that you can almost hold it within your hand. This quadcopter is so stable that it can hover motionless in the air, and so versatile that it is able to fly up, down, spin, roll and perform somersaults.

It has a long-range of flight distance at around 100 meters in distance. The  Hubsan X4 (H107C) has high maneuverability, that enables the drone to fly outside in light or dark conditions due to its LED lights

The small drone has the same impressive flight characteristics as the original X4 H107L, but are all in this edition equipped with an HD cameras that give the experience of the drone an extra dimension.

The drone is very easy to fly and the learning process becomes easier after each flight.

The X4 H107C is one of the most popular drones on the market. Followed with great reviews and is even more admired by beginners, hobbyist and smaller children. 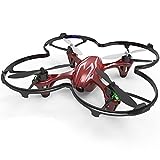